The mid range Smartphone market remains the most focused by most of the mobile manufacturers. The market for these handsets is large and is very competitive. Panasonic, the technology giant of Japan delivers the most performance oriented and reliable electronics product. The company has launched the new Panasonic Eluga Prim. The handset is the newest addition to the Panasonic Eluga series. The earlier launches in this series were Panasonic Eluga Turbo and Panasonic Eluga A2, both these devices offer flagship-like specs at an affordable price. The Panasonic Eluga Prim Amazon, Flipkart, Snapdeal, Tatacliq price is set at Rs 8,700 (38% discount is on Amazon).

Like its other devices, this new handset also bears a solid body which is neatly crafted to provide an elegant look and good grip in the hand. The phone is sleek, so looks premium. One of the amazing features of the Smartphone is its VoLTE support so that you can use Panasonic Eluga Prim with Reliance Jio SIM card to make calls using 4G network. The handset supports two SIM cards for convenience. The company has provided three different slots, two for Sim cards and one for inserting MicroSD card. On the front, the 5-inch display produces clear images with vibrant colours. Below the screen, the fingerprint sensor is present which also acts as a home button. The 13- megapixel primary camera has the support of triple-LED flash to capture natural looking photos in the low light conditions. The front 5MP shooter also offers pretty good performance.

This newly launched device is backed by 2500 mAh battery which is capable of supporting you through the day without the need of charging in between your busy schedule. 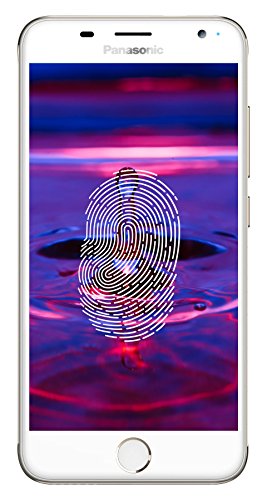