Recently there is a surge of new Smartphone launches in the market. Most of them are released with the Android operating system. But some mobile manufacturers have taken the initiative to do something different by adding some unique features to the already available devices. Alcatel has launched two new flagship smartphones Alcatel idol 4 and Alcatel idol 4S. These two new handsets by Alcatel offer amazing features with powerful specifications. Both the handsets bear an especially designed Boom Key, which enables you to perform many functions just by clicking the button. Alcatel idol 4S and Alcatel idol 4 Flipkart/Amazon/Snapdeal can be bought online now as it has been released in India. 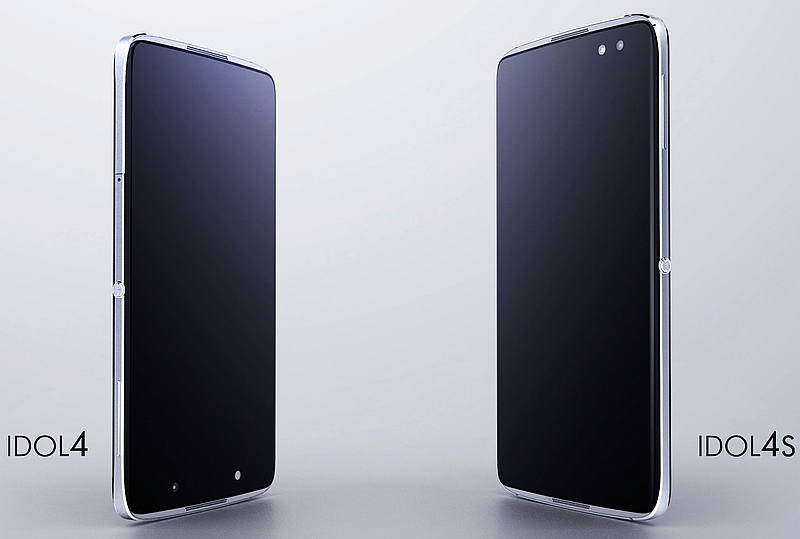 The design of both the mobile phones is such that you won’t be able to take your eyes off them. This handset is just7.1 mm thick and weighs 135 grams. The phone is packed in a metal frame with textured glass back panel. On the front face, we see a 5.2-inch full HD IPS display. The display has decent brightness level and amazing contrast. The colours appear on the screen looks natural and vivid. The primary camera present on the back incorporates a 13MP sensor with Phase detection autofocus. The dual-tone led flash helps to capture stunning photos in low light conditions.

On the front, we find an 8MP camera with wide viewing angle and selfie flash features. Coming to the technical aspect, the handset is powered by Snapdragon 617 processor and Adreno 405 GPU coupled with 3GB RAM. The internal storage space is 16 GB.

Look-wise this handset bears so many similarities with its smaller sibling. The built quality remains the same through the back camera is placed in the middle instead of the side as in Alcatel idol 4. The screen size is bigger and stands at 5.5”. The display also features more screen resolution of 1440×2560. The 16-megapixel primary camera is capable of capturing amazing shots. The front camera also bears a led flash and has an 8MP sensor. The 3000 mAh battery saves your valuable time by eliminating the need to charge the mobile in between the day.

Under the hood, it packs a Snapdragon 652 processor clocked at a speed of 1.8GHz. To ease up multitasking 3GB RAM has been incorporated. With the 32GB onboard storage space, you never have to worry about low storage space again.

The Alcatel idol 4 Flipkart has been released, the other variant Alcatel idol 4S is releasing soon on Flipkart, Amazon and Snapdeal.